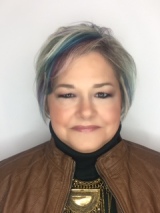 When I was in fourth grade, the economic problems of Appalachia were in the news. I had seen it myself when I watched the news with my mother. We talked about it in school because our school planned to raise funds to aid children there. It was a penny collection. Over a period of a month, we were all asked to collect and donate as many pennies as we could.

Images of starving children, who could not even attend school for lack of shoes, shocked and galvanized me. Nearly every day of that month, I asked my parents and any other adult around me to donate their pennies. I asked my aunt, who worked at RCA, to collect pennies from her co-workers, which she gladly did. I asked my grandmother the same thing. She even allowed me to go door to door in her neighborhood to collect pennies from her neighbors and friends. When my father got irritated by my many requests, my mother stepped in to defend my zeal. I asked our neighbors and friends and, well, just about everyone I saw. For a kid who was normally very shy, those images pushed me to connect to the world in a whole new way.

That year I learned that just because you try your best doesn’t mean you’ll succeed. Our penny total might not have been nearly enough to change those children’s lives – but it was enough to change mine.

I continued to watch the news with my mother. I learned more about the plight of those in a region of the United States I knew nothing about. I learned about the war, our war, in a country called Vietnam. I learned what politics meant and why going to the moon was important. The next few years when we covered current events, I could contribute to every discussion with enthusiasm. I also took up writing as a regular pastime.

Over the years since, I’ve written articles, newsletters, opinion pieces and many essays on topics dear to my heart. I’ve learned that you don’t need to be the best writer to get published, but you do need to be committed. The closer you get to writing about your passion, the better you will write. Learning techniques and new skills becomes easier and more exciting when you write about what matters most to you. And that’s what the world needs to hear from you – if not now, when?

Whether your writing is fiction or nonfiction, poetry or blogs – write what matters most. Everything else is just practice.

One thought on “What Is Your Passion?”