at our Spring Writer’s Conference

Lonnie’s original script, and lyrics to the original musical play A Musing Tale, were performed in 2016 by the Performing Arts Training Academy in Dallas, PA.  His articles have also appeared in such publications as Momentum Magazine, The Bible Today, and Human Resources.  On the graduate faculty of the Fox School of Business, Lonnie teaches effective writing in his course on business skills. He is also a leadership coach at the Wharton School of the University of Pennsylvania. Lonnie wrote, developed, produced, and is featured in video-assisted training packages used by such companies as Johnson & Johnson, Merck, Exxon Mobil. He is a sought-after lecturer who has conducted creative writing seminars for executive groups and community leaders throughout the USA and abroad and has appeared on radio and TV talk shows. Orlando Barone received his BA from Villanova University and his master’s degree was awarded at the University of Delaware.

After a break for lunch and an Author’s House Tour, at 12:30 our second presenter, Jennifer Lin, will discuss her recent book writing and publishing process.  Famed TV journalist, Connie Chung says, “Only an experienced and dogged journalist like Jennifer could possibly investigate and write such a thoroughly gripping historical personal narrative.  I was with her every step of the way — not just because my parents were born in the Shanghai area but because I shared with her so very much.  You must join her for this worthwhile journey!” 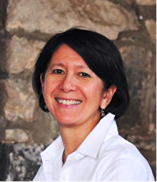 Jennifer Lin was an investigative reporter for The Philadelphia Inquirer, including stints as a correspondent in China, New York and Washington, D.C. She left the paper in 2014 to finish writing her family memoir, Shanghai Faithful: Betrayal and Forgiveness in a Chinese Christian Family. Her father, Dr. Paul Lin, a Philadelphia neurosurgeon, left Shanghai in 1949 and took Jennifer and two sisters back to China for a family reunion thirty years later in June 1979. Hours after arriving, an uncle pulled Dr. Lin aside and whispered, “Do you have any idea what happened to us after you left?” This memoir is Jennifer’s attempt to answer that question and more. She weaves oral history with archival research to tell the complicated history of the Lin family going back 150 years. Jennifer will share with writers how she took interviews, letters, diaries, archival materials, newspaper accounts, church reports, diplomatic dispatches, genealogical records, and other primary source materials and turned them into a story about her Chinese family. Shanghai Faithful is a multigenerational saga of the Lin family, serving as a brisk history of Christianity in China. From 19th-century missions to the churches of war-torn Shanghai and today’s thriving house churches, Lin’s book vividly brings to life a country’s turbulent history and a family’s poignant struggles. When the Cultural Revolution appears to tear the family apart, forgiveness and understanding prevail, setting the stage for a new beginning. A native of Philadelphia, Jennifer lives in Doylestown with her husband, Bill Stieg, an editor at Men’s Health magazine. Her children are bicoastal with Karl Stieg working on documentary films in Los Angeles and Cory Stieg writing for the New York-based Refinery 29 women’s lifestyle website.

From 2 – 3pm, the Pearl Buck Writing Center staff will offer a Q&A panel which will offer additional writing suggestions to interested participants.

Register for the Spring Writing Conference at www.pearlsbuck.org/writingworkshops  Handicap accessible – ample free parking. includes an abbreviated Writers Tour of the Pearl S. Buck’s National Historic Landmark House. Presenters will also read from their works, and have books to sell. Bring a bag lunch. Coffee, tea, water will be provided. A 10% Discount on Gift Shop purchases is also included.

Most of us are grateful to see the winter weather receding as March brings many new Writing Center classes, workshops and discussion groups. Our Writers Guild began our 2017 season, meeting in the Cultural Center on Sunday, March 19th.

Announcements prior to the meeting pointed to the change in April’s meeting date to the 23rd – the fourth Sunday in April – due to the desire to avoid Easter Sunday on March 16th.

The deadline for the Literary Journal – Issue 3, Spring 2017. has been extended and Writers Center participants are all encouraged to submit stories and poems by May 15th. You’ll find a link to the Submission Guidelines here.

Anne, Cindy and I welcomed one new member, Beth Taylor, and five other Guild members. Our number may have been small – several regular members sent emails explaining health issues would keep them away – but 3 selections were shared!

First, Jane Bleam brought a story of the adventures of her standard poodle, Spooky. I mention his breed to differentiate him from toy poodles. Spooky was big and so were the scrapes he got into. Comments encouraged Jane to include some more of the family’s feelings in Spooky’s earlier years. All found this a very enjoyable dog-lover’s story.

Next was a newly written introduction to John McCabe’s epic trilogy about exposure to nuclear testing by the Army by soldiers in the 1960s. John profound description of the dread and wonder of the first of his two test exposures was very moving. The only corrective comments were about sentence length.

Bob McCrillis read his selection, the second half of a chapter about how his high school teacher encouraged him and influenced not only his educational opportunities, but his later love for writing. Comments applauded his use of humor and realistic dialogue. The best compliment was requests about the first half of the chapter, wanting to know more.

Our best wishes for a swift recovery go out to Beverly Sce and Carol Kretovich, both of whom have had foot surgery and are recuperating. Sue Wagner is also recovering from a recent hospitalization and we hope to see her next month at the Guild meeting.

Finally, many writers find themselves including words inadvertently in their prose that are actually trademarked brand names. Some, such as Xerox™ and Kleenex ™ jump readily to mind, but after reading an article about attributing trademarks properly I wrote to DigitalSynopsis.com for permission, which they kindly gave, to reprint this up-do-date list of such words. Your link to that page can be found here. 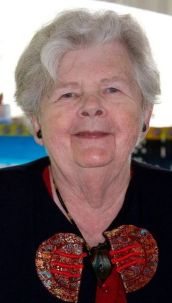 A hero goes on an outward linear journey or quest to find his father and reconcile with his mother.

A heroine goes on an inward journey often by circling inward within a labyrinth to find her feminine power of creation.

Divided into two parts, the human brain uses the higher intellect, called the mind, to achieve a finished action. Some call it writing.

The recent Disney film Moana presents the tale of a young prepubescent girl, a Polynesian chief’s daughter who is chosen by the sea to rescue her island from slow starvation and death. Burdened by fearful traditions, no islander is allowed beyond the reef because none had ever returned from there. When Moana’s grandmother tells her the tale of the nature goddess whose heart was stolen by the demi-god Maui, the ocean calls to the girl to return her heart to the goddess. END_OF_DOCUMENT_TOKEN_TO_BE_REPLACED

We look forward to welcoming our current Writers Guild members and new Guild participants for our March meeting on Sunday, May 19th at 1:30pm in the Cultural Center [big red barn] at Green Hills Farm, 520 Dublin Road, Perkasie, PA.

Only one more snowstorm this winter – hopefully – stands in the way of Spring. On that note, don’t forget to send in submissions to our Literary Journal – Issue 3, Spring 2017. You’ll find a link to the Submission Guidelines here. The deadline has been extended to May 15th.

Our April meeting, originally scheduled for the 3rd Sunday has been moved to the 4th Sunday, April 23rd, thus avoiding Easter Sunday. Be sure to mark your calendars with this one-time scheduling change. May’s meeting returns to the 3rd Sunday on the 21st.

The Writing Center has many classes and workshops beginning this month and in early April. Visit our Writing Center program listings on the PSBI website to register online.

Our complimentary book discussion groups occur once a month on the 3rd Monday. Read and discuss books by and about our award-winning author Pearl S. Buck.

Concerning stories and poems for our Guild’s critique segment: If you plan to bring copies of your latest writing to share for comments, please limit excerpts to 3 or 4 pages and bring 10 to 15 copies to hand out.

Since we only devote about 10-15 minutes to each selection, remember to put your email address on your work to invite further comments after our meetings.

Become a follower on this blog and get immediate notification of blog posts with links. We feature helpful articles to get you started on your writing projects, and to polish your poetry and prose.

The deadline for submissions to our Third Issue of the Pearl S. Buck Literary Journal, Spring 2017 has been extended to May 15th, 2017.

Our third issue’s theme is Renewal or Rebirth. Including, but not limited to, all aspects of personal growth, renewing relationships, spiritual transformation and jump starting one’s life through travel or career change. You could also pursue growth and transformation on a group level, among people in a town, a country or an era in time – either past, current or future.

You will find the submission instructions here. Our editors’ contact information is provided so we can address any questions you may have.

Follow this link to our Writing Center Program that boasts a full schedule of classes and workshops and register now. Join us!

As our intrepid puzzle-solver would add – Keep Writing! 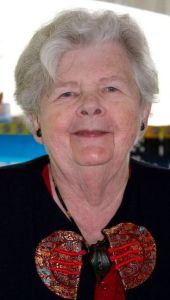 My plot line, you ask. No, no, I say, I wouldn’t want to spoil the ending for you.

What I am really saying is that I have no plot and possibly no ending and very possibly no novel at all. . . on paper. What serves me as a plot is like an elusive butterfly floating somewhere in my mind waiting to settle down so that I can capture it. Quick, hand me that butterfly net, please.

The mind of a writer seldom determines the entire plot of a piece of prose before the actual writing begins. While the brain may be able to retain knowledge by repetition – think nursery rhymes or familiar songs – the mind does not work that way. Think of the familiar drawing of the brain as a series of connecting dots and lines. Each dot is a separate experience which must reach out and touch another experience to become active and solidified. END_OF_DOCUMENT_TOKEN_TO_BE_REPLACED